Angélique Kidjo Has Heard It All

At sixty-one, the doyenne of African pop is recording with everyone from Burna Boy to Philip Glass—and still searching for new rhythms.

“By the time she was twenty-one, Angélique Kidjo was singing in more languages than most people will ever understand. The Beninese diva received her first standing ovation at six, for an impromptu rendition of a traditional Fon melody at her mother’s theatre. Before long, she’d moved on to French yé-yé, Cameroonian makossa, and covering Miriam Makeba with her high-school band. After Kidjo’s first album made her a national star, her family feared that Benin’s government, under the dictator Mathieu Kérékou, might stop her from attending school in France. They arranged a late-night escape without official clearance; luckily, the customs officer at the airport was a fan.” 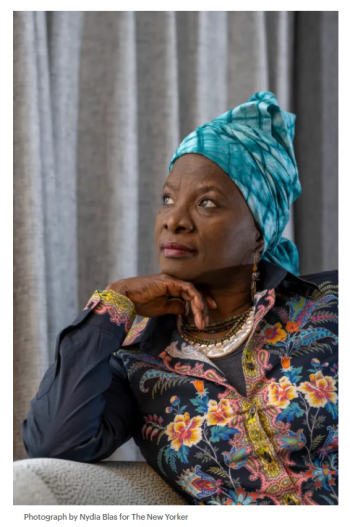