Singer and composer Torun Eriksens sophisticated and powerful songs from the «Grand White Silk» album, arranged by Erlend Skomsvoll and performed by the 13-piece Oslo Jazzensemble. Erlend Skomsvoll takes the music from Norway to Mississippi, with a stop over in Detroit and Berlin on the way back. Demanding, energetic and dynamic songs about moving on in life.

Oslo Jazzensemble is recognized for its demanding art music, performed with a groovy twist and a dash of absurd Norwegian esprit. This Oslo-ensemble may look like a big band, but it is truly an oversized quintet.It is a musical collective where the creative process leading from the rehearsal room to the stage is the main asset. Blending strict composition and total improvisation, Ensemble Denadas music is attractive to a large audience. Oslo Jazzensemble is not a traditional big band. The idea behind the ensemble is to achieve small-band dynamics with thrice the number of people – for the sound of it! Contrabass clarinet, quadraphonic electronics, 10 formidable horn players and a high-ranking piano quartet conclude the line up. Oslo Jazzensemble merge European tradition with jazz and native Norwegian expressions into a blend of strict composition and free improvisation. 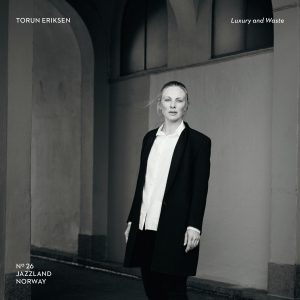