A new ECM studio album and a programme of new music from Terje Rypdal is cause for celebration. On Conspiracy the great Norwegian guitarist seems to reconnect with the wild inspiration that fuelled such early masterpieces as Whenever I Seem To Be Far Away, Odyssey and Waves, exploring the sonic potential of the electric guitar with both a rock improviser’s love of raw energy and a composer’s feeling for space and texture. Keyboardist Ståle Storløkken, who contributed to Terje’s Vossabrygg and Crime Scene albums is an ideal co-conspirator, perpetually thickening the plot with his own intuitive feeling for complementary sound-colours. Conspiracy also marks a welcome return for Pål Thowsen, whose subtle, detailed drumming was last heard on ECM with Arild Andersen’s 1970s groups. Rypdal’s best band in years is completed by gifted young bass guitarist Endre Hareide Hallre. Conspiracy was recorded at Oslo’s Rainbow Studio and produced by Manfred Eicher and Terje Rypdal.

PRESS TEXT
The sonic signature of Terje Rypdal is unmistakable. The yearning, skywards-slanting sustains which introduce his new album could not be anyone else. On Conspiracy the Norwegian electric guitarist – Terje likes to emphasize the electric – reconnects with the inspiration that fuelled such early masterpieces as Whenever I Seem To Be Far Away, Odyssey and Waves, exploring the potential of his instrument with both a rock improviser’s love of raw energy and a composer’s feeling for space and sound-colour. Conspiracy, recorded at Oslo’s Rainbow Studio is Terje’s first new ECM studio album in two decades. His other 21st century recordings have, to date, drawn upon live sources. The clarity and depth of the new production, and the panoramic sweep of the music, invite the listener to explore the grain, the detail and the texture of its enveloping sounds up close.

Conspiracy is here an album title, a composition, and the name of Rypdal’s current ensemble, one of his very best. Keyboardist Ståle Storløkken, who contributed to Vossabrygg and Crime Scene and was also a member of Terje’s Skywards group, is an ideal co-conspirator, perpetually thickening the plot with his own intuitive feeling for complementary shades and washes. The sound of the Hammond organ blending into and surrounding Terje’s Fender Statocaster can seem both nostalgic and futuristic.

Conspiracy also marks a welcome return for Pål Thowsen, whose subtle, detailed drumming was first heard on ECM with Arild Andersen’s 1970s groups. As Terje observes Thowsen is the Norwegian drummer whose feeling for time and dynamics is coming from the Tony Williams’s end of the percussive spectrum; his differentiated cymbal-playing is exceptional throughout. Rypdal and Thowsen first played together more than 40 years ago, when Terje guested on a collaborative recording session led by Pål and fellow drummer Jon Christensen (No Time for Time). The Conspiracy band is completed by gifted young bass guitarist Endre Hareide Hallre, whom Terje features as principal soloist on “By His Lonesome”.

When Conspiracy started out Terje envisioned out it as a project that would re-examine and develop material from the repertoires of his groups Odyssey and the Chasers, but it soon moved past this blueprint stage. The compositions here are all new, “some played for the first time in the studio,” including the final sound-painting “Dawn” which shares its title with an unrelated Odyssey piece: this is a new “Dawn”, in other words.

“As If The Ghost…Was Me” introduces the project, the guitar stretching out over tracery of cymbals, pellucid pools of keyboard sound, and free-roaming fretless bass. “What Was I Thinking”, meanwhile, is a rubato ballad that marshals a lot of feeling and still retains an experimental flair as the ensemble rallies behind Terje’s impassioned guitar. Title piece “Conspiracy “ is the closest to rock, taking off from Thowsen’s drum patterning against growling keyboards, and throbbing bass – all of which inspires Terje to take off on a characteristically ecstatic solo, soon followed by Ståle Storløkken with urgent statements of his own… The sounds of Storløkken and Rypdal are also intertwined and juxtaposed on the floating “Baby Beautiful”, where highlights include an extended organ solo with brushed drum accompaniment gradually overtaken by squalling guitar.

Recent releases hint at the range of his work. Vossabrygg, for instance, is in part a tribute to Miles Davis and Bitches Brew, while Crime Scene, a collaboration with the Bergen Big band, was inspired by John Coltrane’s Meditations. Melodic Warrior, with texts drawn from Native American poetry sung by the Hilliard Ensemble, brings together Terje’s soaring electric guitar and the Bruckner Orchester Linz under the direction of Dennis Russell Davies, creating what the Independent On Sunday called “startling shamanic soundscapes.” 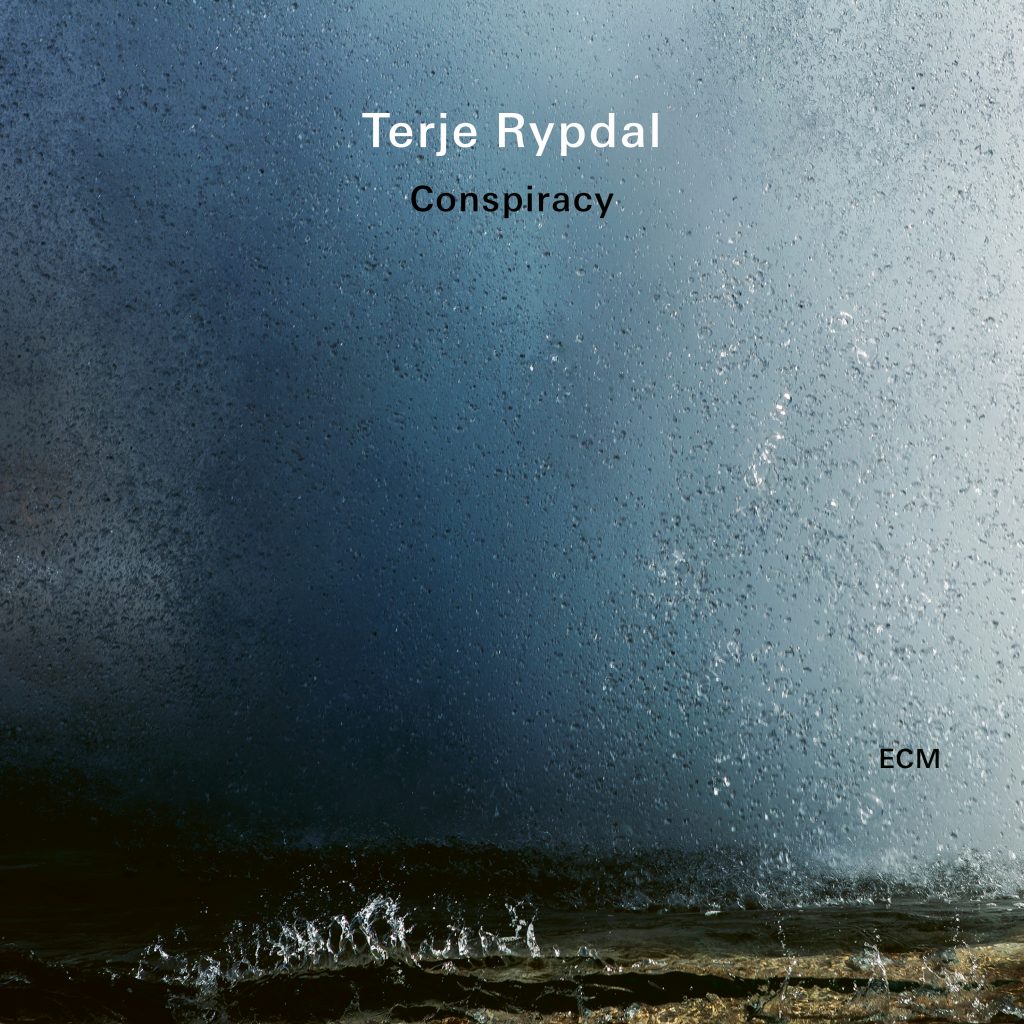