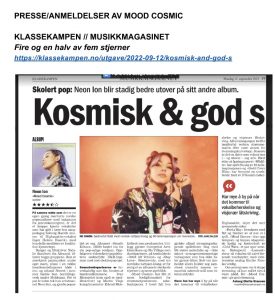 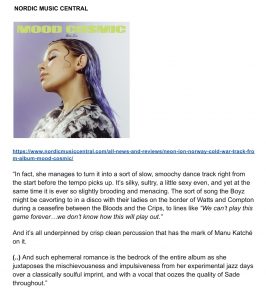 It was so nice to celebrate this new baby. Please give it a listen and let me know if you have any favorites”

A fast-maturing artist, Neon Ion allows her lush vocals to play around with edgy arrangements.  Her style is a mix of electro-pop with a pinch of R&B and topped off with a whole lot of soul. In short, the songs are about fluttery feelings, and both lasting or fleeting romance. The songs on the album have a seriousness to them, bringing us close to the artist’s mind.

Natalie is using more of her lower register and is expanding her sound in a mellow way with an impeccable ease.  Clearly inspired by artists such as Snoh Allegra, H.E.R, and Little Dragon.  With special guests the legendary trumpet player Arve Henriksen, and indie starboy Ola Village.  She proves she still inhabits the playfulness and unpredictability from her experimental background from her jazz days. The new music is more tapered than the previous album and shows us a strong songwriter as well as performer.

On this album she has worked with different producers and guests. Erlend Mokkelbost, Ivan Blomqvist, and Martin Vinje have all put their signatures on the different tracks they produced, and all create a special atmosphere around Natalie’s songwriting and expression. On the alternate version of Orbit, the iconic trumpet player Arve Henriksen, a major representative of a golden generation of jazz, honours us with his incredible presence on the horn. Their interplay on this track is hauntingly beautiful.

Stay Love is something as rare as a duet, between the Norwegian indie artist Ola Village, and Neon. Produced by Ivan Blomqvist, this RnB turned pop-tune makes it hard not to sing along and fall in love with the chorus. It’s safe to say that the artist has found her place in this fusion of genres and turns it into her own expression.

LAMENT
The introduction to the album.

Natalie found it really interesting to record herself and then morph it into someone she can’t recognise as herself.
“It’s so nice to listen to myself with no judgment, as I would listen to someone else singing. It really doesn’t feel like it’s me, and I love to distance myself from my own ego in this way. I recorded myself super slow, then I speeded up the vocals, causing it also to switch key, and so we had to record all of the synths and organ again in the right key. It was so much fun working like this, as it made us be very creative the whole way.” But she also recorded herself in her normal voice, so she is accompanying this new persona, surrounding this “plastic” modern computer voice, with warmer organic vocals that serves as a double entendre that we still need real shit in this modern internet age.

WILDFIRE
Wildfire was the first song I wrote after the Heart Echoes album. It feels like a natural extension of the previous album’s expression, and the collaboration with Mokkelbost, myself and Ivan Blomqvist. An electronic club beat opens the track and Neon’s vocals soar through a dreamy chant on a planet’s orbit in outer space. A song about being afraid of growing up. Being afraid of leaving yourself behind. I see my friends growing up, buying houses, having kids, all grown up and content, while I keep chasing this uncertain dream.  It’s a comment on the conventional roles that society makes up for us. And that it’s ok not to be like or want the same stuff as “most people ”. Back to the Future has been an inspiration for the song, both sonically and visually. The music video is made by a Swedish artist Isabelle Friberg, and is an animated work that takes the world of Neon Ion to the next level.

GOLD COVERED BLISS
The upcoming music from Neon Ion is about revelations and evolutions. Fusing her jazz and pop skills into modern groovers. When the reality of the corona pandemic set in: gigs were cancelled, venues closed for over a year, and many musicians had to abandon their craft. For Neon this hit at the worst time, album release and tours cancelled, but also created a rare opportunity to spend time with her musician husband, that she almost didn’t see for a whole year. This down time together became a luxury, and it was like falling in love all over again. Out of this revelation, comes Gold Covered Bliss. A love letter, but also a reminder that we need to prioritize people around us, or you could end up losing them. The song builds and takes its sweet time, like when you’re getting to know someone, and a chanty chorus ends up in a post chorus that leaves you with goosebumps. The arrangement also leaves you with an outro that Neon improvised, to create an epilogue of afterthought.

FEEL A WAY
This super slow jam shows off Natalie`s lower register, and serves both a serious relationship topic, but with some quirky side notes.
The lyrics “right now my mind is a mess, stupidly wondering if you like my dress” is as silly as it is real stuff women often waste their time thinking about.

The album ends on a very different note and space than what the rest of the project presents. Again, as in the intro, taking a step back from the produced material, introducing her organic take on a song that is already on the album. Natalie has always wanted to collaborate with the virtuoso trumpet player Arve Henriksen. Not born too far away from each other on the west coast of Norway, Arve was a big reason Natalie wanted to work in creative improvisational music.

“Arve Henriksen’s music is an otherworldly amalgamation of different and sometimes opposing elements, with imaginative soundscapes built on the tradition that trumpeter Miles Davis began with his electronic explorations of four decades ago.” 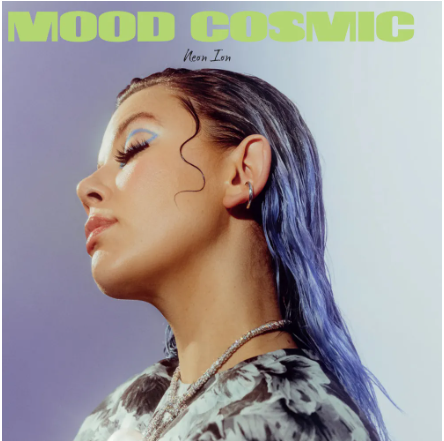