Norwegian drummer/composer Thomas Strønen presents a revised edition of his acoustic collective Time Is A Blind Guide, now trimmed to quintet size, and with a new pianist in Wakayama-born Ayumi Tanaka. Tanaka has spoken of seeking associative connections between Japan and Norway in her improvising, a tendency Strønen seems to be encouraging with his space-conscious writing for the ensemble, letting in more light.

Time Is A Blind Guide is both the title of Thomas Strønen’s album and the name of his new Norwegian-British ensemble. In contrast to Food and its electronic soundscapes, TIABG is an all-acoustic group which plays what its drummer-leader-composer calls “melodic music with a twist.” Its melodies unfurl sinuously over shifting rhythmic patterns. The band was built to include a number of overlapping musical sub-groups.

Lucus, the second recording from Time Is A Blind Guide, marks a bold step forward from the critically acclaimed debut (described by All About Jazz as “a stunning record that stands out as one of Stronen’s most expansive, cinematic and flat-out lyrical albums”). With the group currently trimmed to quintet size, and a new pianist in Wakayama-born Ayumi Tanaka, there is a heightened emphasis on improvisation.

Whether you listen on CD or vinyl, ‘Lucus’ is an impressive balance of fragile beauty with moments of sadness and power. ECM continues to release music that asks jazz fans to broaden their definitions of the music. Joseph Taylor, Soundstage Ultra (Recording of the Month).

– We’ve played much more,” says Strønen, “and built up a trust in the ensemble. All the players have more confidence in the shared expression of the group and, in a positive sense, less dependency on the compositions, which are offered, really, as guidelines. To me it’s important that the players should feel connected to the music and play what’s right for them.

When I wrote the music for the first album the sound of the group existed only in my imagination at that point, and there were a lot more notes on paper. But with the repertoire of Lucus, things are opened up. And there is more than one way to interpret these pieces: in concert, something played as a ballad one night might be a piece that simply explodes on the next night.” 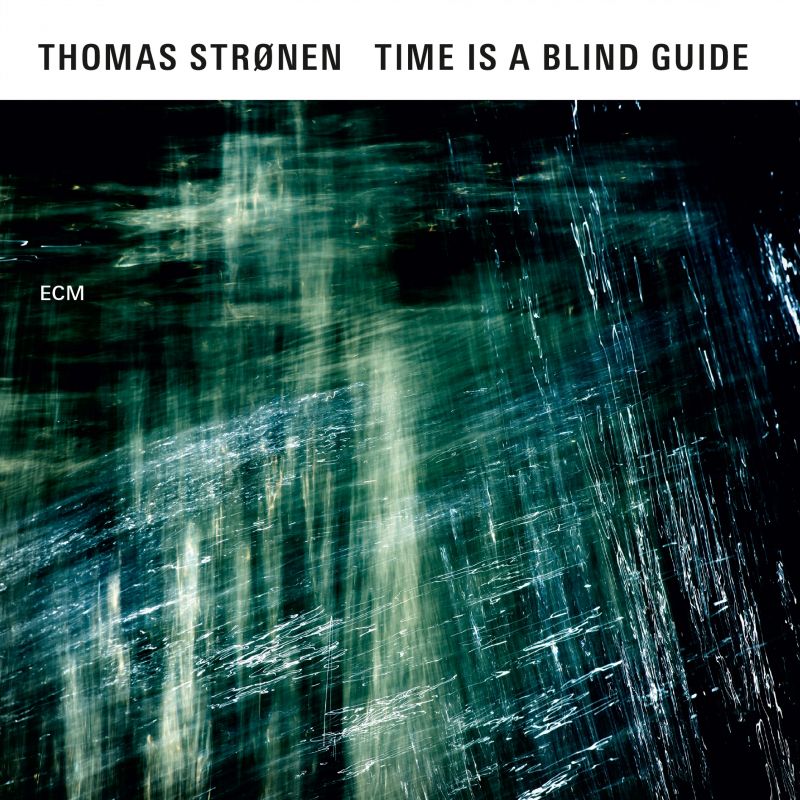 -There is a kind of enhanced piano trio at the centre of Time Is A Blind Guide, and there is a string group with violin and cello and bass – over the years I’ve written lots of music for strings – as well as a drum ensemble with me and Siv Øyunn Kjenstad and Steinar Mossige…” The two percussionists often assert strong and solid grooves, allowing Strønen to play freely on top of the rhythms and to interact dynamically with the outstanding young English pianist Kit Downes, who makes his ECM debut here. Time Is A Blind Guide was recorded at Oslo’s Rainbow Studio in July 2015 and is rush-released in time for a Japanese tour.

Thomas Strønen has been an ECM recording artist since 2005 when the label released his album Parish, with Bobo Stenson, Fredrik Ljungkvist and Mats Eilertsen. It was followed by recordings with Food, Strønen’s duo-plus-guests project with Iain Ballamy. Food’s discs include Quiet Inlet, Mercurial Balm and This Is Not A Miracle.